We noticed that you are using a browser that is no longer supported by our system, to enjoy the full Volvo experience consider changing browser
x
Press release

Volvo Trucks: “Liquefied gas is the best available climate alternative on the market for heavy regional and long-haul transport operations”

2017-09-26
By replacing diesel with liquefied natural gas or biogas, CO₂ emissions from heavy trucks can be drastically reduced. Liquefied Natural Gas (LNG) is today used primarily in industrial operations, but it has excellent prerequisites for being a competitive vehicle fuel with considerable environmental benefits. This is the opinion of Volvo Trucks, which is now intensifying its development of gas-powered trucks for heavy regional and long-haul operations.

Reducing climate-impacting emissions from heavy commercial traffic is a challenge that engages politicians and transport purchasers, haulage companies and vehicle manufacturers. In May the EU presented a regulation demanding declaration of CO2figures from heavy vehicles as of 2019, with the aim of reducing CO2 emissions.

"Many of our customers and their customers already work hard to reduce their environmental footprint. This regulation will drive the development of lower emissions, where we see a clear possibility for increasing LNG market shares as a vital part of the solution. Our vision is that trucks from Volvo will eventually have zero emissions, although the way of achieving that is not by one single solution but rather through several solutions in parallel," says Lars Mårtensson, Director Environment and Innovation at Volvo Trucks.

Natural gas is obviously a fossil fuel, but it can produce 20 per cent lower CO2emissions than diesel. If biogas is used instead, the climate impact can be cut by up to 100 per cent.

By using methane in liquid form (LNG - Liquefied Natural Gas) it is possible to carry larger quantities of fuel and thus ensure the necessary operating range for long-haul assignments. Both natural gas and biogas consist largely of methane, which is a potent greenhouse gas. This makes it particularly important to minimise the risk of gas leakage during transport, refuelling and operation of the vehicle.

While biogas is thus far only produced in limited quantities, the long-term availability of natural gas is excellent in a global perspective. This is an important condition for large-scale expansion, as is a competitive price. In many European countries, natural gas costs less than diesel. A strategy for expanding LNG infrastructure is also included in the European Commission's and member states' action packages for securing Europe's long-term energy supply.

"All told, this makes liquefied gas the best widely available climate alternative on the market for long and heavy transports. What is needed now is gas-powered trucks that can compete with diesel in terms of performance and fuel consumption, and continued expansion of LNG infrastructure. In both cases major progress has been achieved," says Lars Mårtensson. 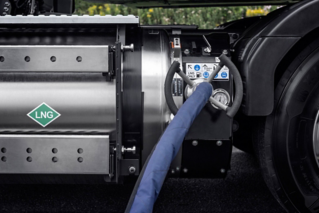 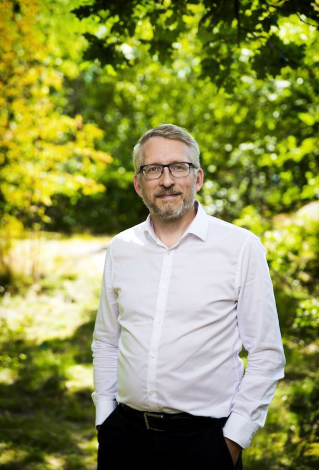